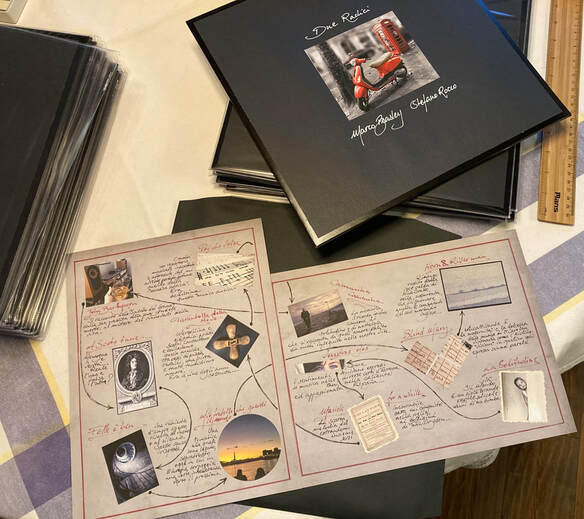 For a long time I have wanted to realize a more personal and autobiographical musical project, a sort of sentimental journey. My sixtieth birthday in 2017 offered me the occasion. However, Due Radici (Two Roots) is by no means a self-celebratory project, but rather it is a tribute to those who have permitted me to live my music as I have done so far – a homage to the hundreds of songs I have listened to since I was a child, and to the different cultural perspectives I observed in the lives of my parents, my Neapolitan mother and my English father. My two roots.
On this album I have a dear travelling companion, a friend with a good heart and a reserved and noble character, with whom I have shared music for over forty years, so for a great part of my life: Stefano Rocco. Our many dialogues, our often mutual musical passions have guided us in the difficult process of selecting the pieces found on this album. It was a difficult but necessary choice, to let the many ideas and the strong emotions of the listening experiences that have shaped our lives pass through the narrow neck of an hourglass; I could choose only a handful of pieces, in order to stay within the limited space of a CD, and the even more limited space of an LP record. Many composers I love and who have been fundamental to my research have not been included, partly because they have already been covered in other recordings. But from a distance, they influence the style of my singing, the interpretative choices, the emotional context of this CD.
Singing this music is a privilege, because making music is freedom. Together with Stefano and through the sound of his baroque guitar and his archlute, a beautiful instrument built by his father Paolo, we follow a path through the enchanted forest of our emotions. Through ‘the shaping of the invisible’, as Leonardo da Vinci once described music, Stefano here accompanies me on our constant quest for our roots - for our Due Radici.
© 2020 Marco Beasley 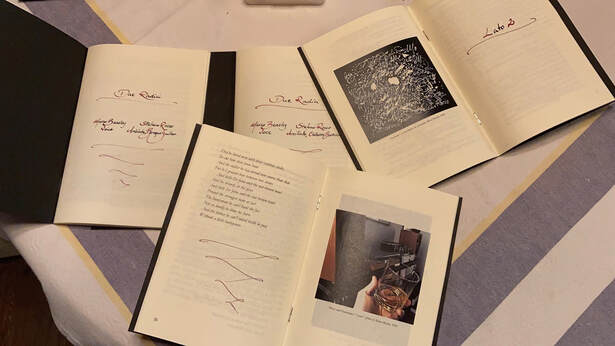 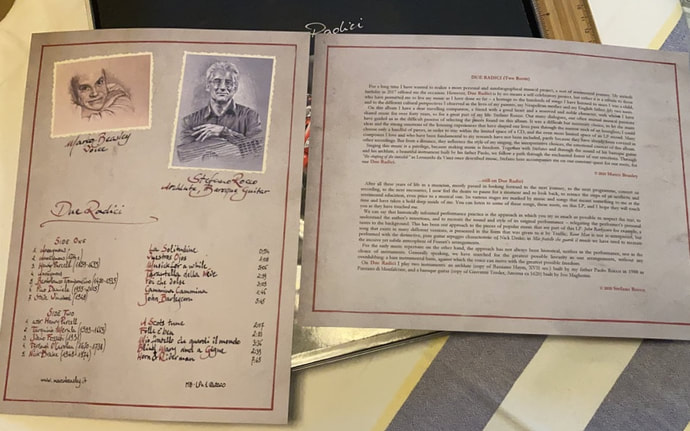 After all these years of life as a musician, mostly passed in looking forward to the next journey, to the next programme, concert or CD, to the next encounter, I now feel the desire to pause for a moment and to look back, to retrace the steps of an aesthetic and sentimental education, even prior to a musical one. Its various stages are marked by music and songs that meant something to me at the time and have taken a hold deep inside of me. You can listen to some of these songs, these roots, on this album, and I hope they will touch you as they have touched me.
We can say that historically informed performance practice is the approach in which you try as much as possible to respect the text, to understand the author’s intentions, and to recreate the sound and style of its original performance – relegating the performer’s personal tastes to the background. This has been our approach to the pieces of popular music that are part of this album. John Barleycorn for example, a song that exists in many different versions, is presented in the form that was given to it by Traffic; River Man is not re-interpreted, but performed with the distinctive, pure guitar arpeggio characteristic of Nick Drake; in Mio fratello che guardi il mondo we have tried to recreate the incisive yet subtle atmosphere of Fossati’s arrangements.
For the early music repertoire on the other hand, the approach has not always been historical, neither in the performance, nor in the choice of instruments. Generally speaking, we have searched for the greatest possible linearity in our arrangements, without any overdubbing: a bare instrumental basis, against which the voice can move with the greatest possible freedom.
On Due Radici I play two instruments: an archlute (copy of Bassiano Haym, XVII c.) built by my father Paolo Rocco in 1988 in Panzano di Monfalcone, and a baroque guitar (copy of Giovanni Tessler, Ancona ca. 1620) built by Ivo Magherini.
​© 2020 Stefano Rocco
Music
Due Radici 2020 - MB004
Order here: info@marcobeasley.it
MARCO BEASLEY © COPYRIGHT 2016. ALL RIGHTS RESERVED