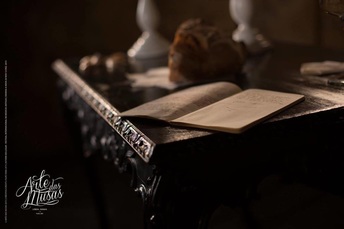 ​IL RACCONTO DI MEZZANOTTE
(The Midnight Tale)
The voice of a narrative, an ancient but familiar song.
A brief tale, an invitation to dream.


After the toils of the day, all would gather around the hearth to tell and hear stories. And these stories – of love, of death, of injustices or of joys, of suns which illuminate distant worlds, "of damsels and knights, of arms and loves" (in the words of Ariosto) – evoked worlds that, though full of fantasy, were no less real. Stories and tales have always been an essential part of man's imagination and food for the mind.
The Midnight Tale proposes this element of intimacy, of relationship with the word: song becomes the sound of a narrative, something ancient and yet familiar.
A solo voice, a monologue both sung and spoken, at sunset or the last hour of the day, in that place in the heart where all is mystery; a tale of visions, of timeless emotions; stories told, stories sung to those who remember they were once children.
From early music to ancient folk songs; from experiences of daily labors, which often leave no room for thought, to the need to be alone in able to seek within oneself the humanity of living.
A person, a voice: a brief tale, an invitation to dream.

​
The tale of a voice

The possibilities of a voice to evoke stories is practically infinite.
The need to communicate through the voice emotions and the multifarious aspects of the soul is in the nature of every one of us: laughter, crying, pain and joy, feelings often associated with the word "Love" – all serve to outline these traits; they offer personal experiences of life.
The Midnight Tale revolves around this concept of narration, sometimes read and sometimes sung, creating a more intimate sort of concert in which there is no real division between the storyteller and the listener. Together, they share a moment of greater intensity.
I have always considered the audience as an entity made up of individuals, where the sensibilities of each person contributes to creating not one but a thousand stories, where the common denominator is the act of listening itself and one's personal elaboration. Our experiences enter into the story that we hear, they interpret it and make it their own.
And it is the same for the one who tells or sings the story: each time it becomes new and different from the time before, even though it is essentially the same.
But what makes a story told by a solo voice different from one told by numerous voices or voices accompanied by instruments?
The answer is found in the freedom with which a single voice can express itself, each time without any sort of predefined "code", in the sudden choice of following the path of a feeling or letting oneself be overrun by it, in capturing a glance, or searching for one.
And it is found in the desire to listen to silence as if it were an act of meditation, a private moment which, in its essence, colors our thoughts.
The voice becomes the vehicle of all of this – a voice now delicate and dreaming, now energetic and commanding, now hushed and waiting. But always alive, natural, close by.
The voice in The Midnight Tale returns to its ancestral love for telling stories, a love which comes from afar, from the ancient pleasure of listening to them. It all takes place in the magic passage from day to night, when even time, now and then, is suspended.

© Marco Beasley
​
* Of this program exists a CD with the same title.