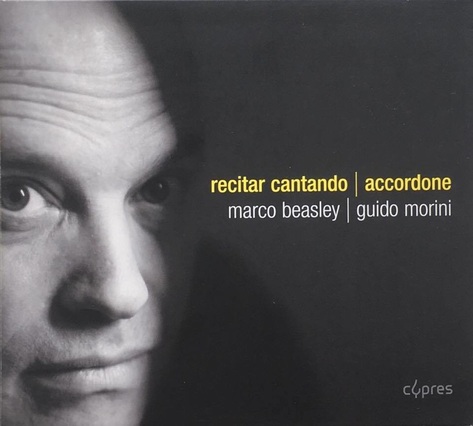 A voice, a way

I have been singing ever since I was born.
If I had to do it again, I would change nothing in my musical itinerary: my initial passion for Gregorian chant and successive discoveries in the great polyphony of the Renaissance have introduced my to a world of sounds, words and people that I keep jealously in my heart. These repertories have been fundamental in enabling me to forge a voice, the strong points of which are tone-colour, intonation, range and smoothness.
Thanks to repeated work on the polyphonic motets and madrigals that I learned to sing by listening to other voices and studying them in order to find the right balance, I discovered, in the style of the seventeenth century "recital cantando" (this strange and somewhat mysterious expression refers to singing that is free
but structured, a single, albeit accompanied voice), the means of learning to express with the requisite care and intensity that other aspect of vocal music represented by the word, the text.
I am convinced that a beautiful voice four centuries ago was noticeably different from those we hear today: tastes evolve radically and each generation has its own sensitivity with regard to tone-colour, and æsthetics. The extensive calling into question of interpretation that has concerned instrumental techniques in the course of these last decades at the instigation of philological research, has not yet reached the singing world: the technique of opera singing, with its power of emission forged by huge stages and great orchestras, is exercised to the detriment of the intelligibility of the text and of the balance of the measured sonorities and instrumentations of the Baroque.
Verdi and Monteverdi portray their worlds in very different ways, yet we continue to apply indiscriminately to music of the seventeenth century the vocal timbre and expression specific to the melodrama of the nineteenth and twentieth centuries to grotesque effect. I have wondered how it could be possible to respect with greater care and sincerity the characteristics and needs of early music, and, after many years, I am on a personal quest for voice that refuses to be conditioned by the demands of the market or by vocal techniques alien to my preferred repertory. In doing this, I have devoted myself ceaselessly to refining my knowledge of this great period in music that was born and that developed in Italy between the Renaissance and the Baroque periods. I dedicate these reflections and this disc to those who have long accompanied my on this itinerary.
An arduous, difficult itinerary, in which the heart will be my guide, as it always has been.
As it always will be.